With Seong-Jin Cho and Pekka Kuusisto as soloists, the Philharmonia Orchestra, under the direction of Santtu-Matias Rouvali, embarks on a tour. 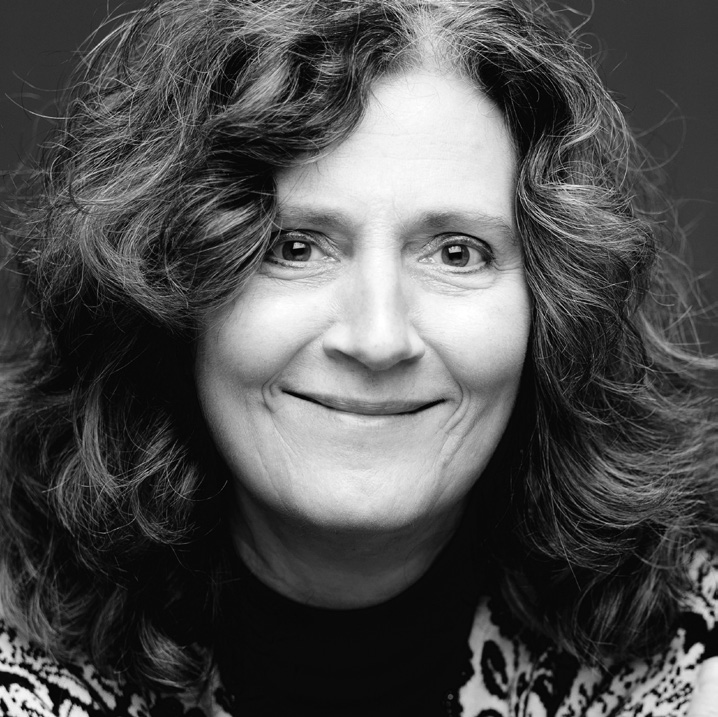 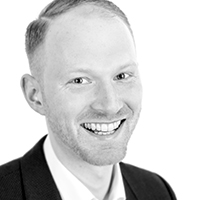 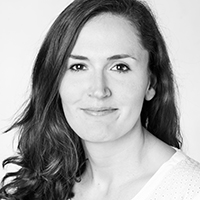 Founded in 1945, the Philharmonia is a world-class symphony orchestra for the 21st century. Based in London at Southbank Centre’s Royal Festival Hall, and with a thriving national and international touring schedule, the Philharmonia creates thrilling performances for a global audience. The Orchestra is led by Finnish conductor and composer Esa-Pekka Salonen, its Principal Conductor & Artistic Advisor since 2008. Fellow Finn Santtu-Matias Rouvali takes over from Salonen as Principal Conductor in the 2021/22 season.

The Philharmonia performs around 50 concerts a year at its Southbank Centre home. Under Salonen, the Philharmonia has created a series of critically-acclaimed, visionary projects, distinctive for both their artistic scope and supporting live and digital content. Recent series include Stravinsky: Myths & Rituals (2016), which won a South Bank Sky Arts Award. In 2019, Salonen presents his newest series with the Orchestra, Weimar Berlin: Bittersweet Metropolis.

The Philharmonia is resident orchestra at Bedford Corn Exchange, De Montfort Hall in Leicester, The Marlowe in Canterbury, The Anvil in Basingstoke, the Three Choirs Festival in the West of England, and Garsington Opera. At the heart of these residencies is an education programme that empowers people in every community to engage with, and participate in, orchestral music.

Internationally, the Philharmonia is active across Europe, Asia and the USA. The 2019/20 season sees the Orchestra embark on major tours with Esa-Pekka Salonen. In September 2019, they travel to Europe, including a return to Hamburg’s Elbphilharmonie; in January 2020 Salonen leads a tour of Japan and South Korea.

The Philharmonia’s international reputation in part derives from its extraordinary recording legacy, which in the last 10 years has been built on by its pioneering work with digital technology. Two giant audio-visual walk-through installations have introduced hundreds of thousands of people across the world to the symphony orchestra. VR experiences featuring music by Sibelius, Mahler and Beethoven, placing the viewer at the heart of the orchestra, have been presented internationally. The Orchestra’s 2018/19 London Season opened with a new, audio-led VR installation, VR Sound Stage, which was presented for free in the foyer of Royal Festival Hall.

A new research and development project, in a consortium led by the Royal Shakespeare Company and funded by the British Government's Audience of the Future programme, is exploring how immersive technologies such as VR, Augmented Reality (AR) and Mixed Reality (MR) can re-imagine what a live performance can be.

The Philharmonia records and releases music across multiple channels and media. An app for iPad, The Orchestra, has sold tens of thousands of copies; Hollywood composers choose to record their scores with the Orchestra; the Philharmonia is Classic FM’s ‘Orchestra on Tour’ and broadcasts extensively on BBC Radio 3; with Signum Records the Philharmonia releases live recordings of signature concerts.

The Orchestra has won four Royal Philharmonic Society awards for its digital projects and audience engagement work. In its most ambitious audience development project to date, the Philharmonia is presenting The Virtual Orchestra– a six-week festival of digital installations, VR, workshops and community engagement, and fringe performances – in 2018-19.

Finnish conductor and composer Esa-Pekka Salonen has been Principal Conductor & Artistic Advisor of the Philharmonia since 2008. Jakub Hrůša and Santtu-Matias Rouvali are Principal Guest Conductors. Christoph von Dohnányi is Honorary Conductor for Life and Vladimir Ashkenazy is Conductor Laureate. Composer Unsuk Chin is Artistic Director of the Music of Today series.

In the 2019/20 season Santtu-Matias Rouvali continues as Chief Conductor of Gothenburg Symphony and as Principal Conductor Designate of the Philharmonia Orchestra, where he succeeds Esa-Pekka Salonen in 2021/22. Alongside these posts he retains his longstanding Chief Conductor position with Tampere Philharmonic Orchestra close to his home in Finland.

His international profile continues to flourish, with debuts this season with New York Philharmonic, Berlin Philharmonic and Royal Concertgebouw Orchestra in wide-ranging repertoire. In New York he conducts the New York premiere of Bryce Dessner’s Wires, and at the Concertgebouw he conducts the world premiere of a new piece by Theo Verbey, as well as Stravinsky’s Oedipus Rex. In Berlin he is looking forward to performing Ravel’s piano concerto in G minor with Alice Sara Ott, alongside Sieblius Symphony 1.

He has built a loyal following internationally after successful tour concerts in Vienna with Gothenburg Symphony last season he returns there to conduct the Wiener Symphoniker and Nicola Benedetti. In 19/20 he returns to several orchestras across Europe, including the Orchestre Philharmonique de Radio France and Deutsches Symphonie-Orchester Berlin.

Rouvali’s Gothenburg season opens with a programme featuring Leif Ove Andsnes, the orchestra’s Artist in Residence for 2019/20. Following last season’s successful tour of Germany and Austria with Alice Sara Ott and Martin Grubinger, Rouvali and Gothenburg Symphony are back on the road in February 2020 touring Japan. Together with violinist Fumiaki Miura and pianist Mari Kodama, they perform works by Shostakovich, Beethoven and Sibelius across eight major cities from Fukuoka to Tokyo. He also accompanies Philharmonia Orchestra on their tour to the Canary Islands in January 2020, performing in Gran Canaria and Tenerife as part of the Canary Islands Festival. In London, highlights of his season with Philharmonia include extracts from Tchaikovsky’s Swan Lake, Prokofiev’s Symphony 5 as well as Sibelius Symphony 5, alongside soloists Nikolay Lugansky, Behzod Aburaimov and Nemanja Radulovic.

Adding another cornerstone to his tenure in Gothenburg, Rouvali is making his mark on the orchestra’s impressive recording legacy. In January 2019 they released a celebrated first disc of an ambitious Sibelius cycle, pairing the First Symphony with the early tone poem En saga. The album won the Gramophone Editor’s Choice award, the Choc de Classica, a prize from the German Record Critics and the prestigious French Diapason d’Or “Decouverte”. The FFF Telerama commented that “In directing this highly-esteemed ensemble, the young Finnish conductor transcends in the repertoire of his fellow countryman. Breathtaking.”

With Tampere Philharmonic Orchestra and violinist Baiba Skride, he has recorded five concertos together on the Orfeo label: Nielsen, Sibelius, Bernstein, Korngold and Rozsa.

Alongside a busy symphonic conducting career, as Chief Conductor in Tampere he conducted Verdi’s La forza del destino, and the world premiere of Olli Kortekangas’s My Brother’s Keeper (Veljeni vartija) with Tampere Opera in spring 2018.

SEASON 2019/2020 - THIS BIOGRAPHY IS AVAILABLE BY COURTESY OF HARRISON PARROTT.

With an overwhelming talent and innate musicality, Seong-Jin Cho has made his mark as one of the consummate talents of his generation and most distinctive artists on the current music scene. His thoughtful and poetic, assertive and tender, virtuosic and colourful playing can combine panache with purity and is driven by an impressive natural sense of balance.

Seong-Jin Cho was brought to the world’s attention in 2015 when he won the First Prize at the Chopin International Competition in Warsaw. In January 2016, he signed an exclusive contract with Deutsche Grammophon. The first recording was released in November 2016 featuring Chopin’s Piano Concerto No. 1 with the London Symphony Orchestra and Gianandrea Noseda as well as the Four Ballades.  A solo Debussy recital was released in November 2017, followed in 2018 by a Mozart album featuring Sonatas K281 and K332 and the Piano Concerto No. 20 in D minor K466 with the Chamber Orchestra of Europe and Yannick Nézet-Séguin. All albums won impressive critical acclaim worldwide. Cho’s latest release on the Yellow Label, titled The Wanderer and released in May 2020, features Schubert’s “Wanderer” Fantasy, Berg’s Piano Sonata op. 1 and Liszt’s Piano Sonata in B minor.

Born in 1994 in Seoul, Seong-Jin Cho started learning the piano at the age of six and gave his first public recital aged 11. In 2009, he became the youngest-ever winner of Japan’s Hamamatsu International Piano Competition. In 2011, he won Third Prize at the International Tchaikovsky Competition in Moscow at the age of 17. From 2012-2015 he studied with Michel Béroff at the Conservatoire National Supérieur de Musique de Paris and is now based in Berlin.

Highlights of the 2019/20 season include concerto appearances with the NDR Elbphilharmonie, Chicago, NHK, Gothenburg, MDR, Swedish Radio and Finnish Radio symphony orchestras, and the Tonhalle-Orchester Zürich where he is an artist “In Focus”. Kuusisto returns as violinist-director-conductor to the Tapiola Sinfonietta, and the Norwegian, Swedish and Scottish chamber orchestras. He is the main guest artist for Amsterdam’s annual Prinsengrachtconcert joining the Camerata RCO for the largest classical open-air concert in the Netherlands, and co-curator of the Mahler Chamber Orchestra’s residency at Heidelberger Frühling 2020.

He has worked with South-Korean artist Aamu Song on the project REDDRESS which blurs boundaries between performance and visual art. Together with Samuli Kosminen, Kuusisto co-composed the score to the new animated Moominvalley television series. He has also collaborated with Cannes award winning director Juho Kuosmanen in the Greenpeace campaign film ‘The Elegy of the Forest’.

Kuusisto has released several recordings, notably for Ondine and BIS. He has recently recorded Hillborg’s Bach Materia and Bach’s Brandenburg Concertos Nos.3 and 4 with the Swedish Chamber Orchestra and Thomas Dausgaard for BIS, and Thomas Adès’ violin concerto Concentric Paths with the Aurora Orchestra and Nicholas Collon for release on Deutsche Grammophon. Past releases include Erkki-Sven Tüür’s Noesis concerto for violin and orchestra for Ondine and Sebastian Fagerlund’s violin concerto Darkness in Light for BIS, both recorded with Finnish Radio Symphony Orchestra and Hannu Lintu.

SEASON 2019/2020 - THIS BIOGRAPHY IS AVAILABLE BY COURTESY OF HARRISONPARROTT.