After a first, particularly successful, joint tour in Holland (April 2019) the musicians of the Amsterdam Sinfonietta and Beatrice Rana want to visit other countries. For the coming tour in April 2022, a new program around works by Johann Sebastian Bach will be conceived. In 2017 Beatrice Rana won the Young Artist of the Year Gramophone Award for her recording of Bach’s Goldberg Variations. 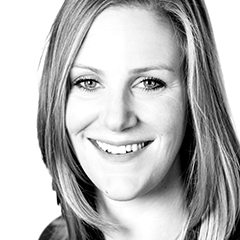 Amsterdam Sinfonietta comprises 22 gifted chamber musicians, embodying ensemble-playing at the highest level. Led by its artistic director Candida Thompson, the orchestra tours the world with adventurous programmes and crossovers with other music genres and art forms. Characterised by drive and dedication, Amsterdam Sinfonietta is considered to be the top string orchestra in the Netherlands and enjoys international acclaim. It champions and renews its own genre, captivating audiences with its innovative and refreshing approach. From the start the orchestra has embraced the entire repertoire for string orchestra, ranging from classics to newly commissioned works and striking arrangements.

Founded in 1988 with Lev Markiz as its first artistic director, Amsterdam Sinfonietta has gone on to enjoy international success under the direction of Candida Thompson since 2003, making successful tours of Europe, Australia, China and North and South America. It has performed in major concert halls throughout the world, including London’s Barbican Hall, Cité de la Musique in Paris, the National Centre of Performing Arts in Beijing, Teatro Colón in Buenos Aires and Berlin’s Konzerthaus.

Besides live performances, we regularly record CDs and music films in the studio. With our regular recording label Channel Classics we have issued 14 CDs since 2004, including The Mahler Album, The Argentinian Album and, most recently, Lento Religioso, a compilation of short arrangements for string orchestra. The orchestra has also made recordings for ECM, Sony Classical and Deutsche Grammophon. Our first classical music film Strings was premièred in March 2020, followed by the films Misirlou (traditional), Atashgah (Jacobsen) and Tango (Piazzolla).

Amsterdam Sinfonietta stands out for its adventurous programming. Besides championing the core string repertoire, the orchestra devises original and captivating combinations of music works, connecting old and new music and familiar and unknown repertoire. It also commissions new compositions and arrangements. Amsterdam Sinfonietta initiates surprising collaborations and creates groundbreaking programmes involving other art forms, such as film, dance and theatre.

Candida Thompson studied with the renowned pedagogue David Takeno at the Guildhall School of Music and Drama in London, where she obtained her soloist diploma with distinction. She continued her studies at the Banff Centre for the Arts in Canada. Subsequently she won various prizes at competitions, including the Internationale Jeunesses Musicales in Belgrade. Candida has appeared as a soloist with various orchestras in Europe, the United States and East Asia, including the Moscow Chamber Orchestra, Wiener Symphoniker, Tokyo Symphony Orchestra, English String Orchestra, Amsterdam Sinfonietta and the Netherlands Radio Chamber Philharmonic.

From an early age Candida was already leading chamber orchestras in Scandinavia, Spain, the Netherlands and Great Britain. She has been concertmaster of Amsterdam Sinfonietta since 1995, as well as its artistic director since 2003. Under her leadership Amsterdam Sinfonietta has recorded fourteen CDs to date at the quality label Channel Classics. The very first ‘Verdi Tchaikovsky’ recording was immediately voted ‘Editor’s Choice’ by the leading music magazine The Gramophone. The following ‘Beethoven Walton’ CD was proclaimed The Gramophone’s ‘Disc of the Month’. Other albums include ‘Schubert String Quintet’ (2015), ‘Tides of Life’ (2017), ‘Bartók Brahms’ (2018) and ‘Tchaikovsky Arensky’ (2019). The most recent disc ‘Lento Religioso appeared in September 2020.

Candida is a passionate chamber musician. She has performed with musicians including Isaac Stern, Janine Jansen, Julian Rachlin, Isabelle Faust and Bruno Giuranna. Candida has regularly been invited to perform at the Kuhmo Festival in Finland and La Musica in the United States and has been a guest at the Canossa Masterclasses in Reggio Emilia, the Gubbio Festival in Italy and various Chamber Music Festivals in Switzerland and Austria. In the Netherlands, she has regularly performed in the International Chamber Music Festival Utrecht.

Thompson is also a founding member of the Hamlet Piano Trio, together with cellist Xenia Jancovic and pianist Paolo Giacometti. For the Channel Classics label, the trio recorded cd’s containing Piano Trio’s by Mendelssohn, Schubert and Beethoven. In 2015, the ensemble toured through the United States, and they recently played their debut in the Royal Concertgebouw Amsterdam.

Beatrice Rana records exclusively for Warner Classics. In 2015, her first album featuring Prokofiev Piano Concerto No.2 and Tchaikovsky Piano Concerto No.1 with Antonio Pappano and the Accademia Nazionale Santa Cecilia di Roma received international acclaim including the prestigious Gramophone Magazine’s Editor’s Choice and BBC Music Magazine’s Newcomer of the Year Award. The year 2017 will remain a milestone in her career with the

release of Bach’s Goldberg Variations. The recording was praised by reviewers worldwide and was crowned by two major awards: “Young Artist of the Year” at the Gramophone Awards and “Discovery of the year” at the Edison Awards. In June 2018, she was chosen as Female Artist of the Year at the Classic BRIT Awards at the Royal Albert Hall for her recording of the Bach. Beatrice also recorded Bernstein Symphony No.2 ‘Age of Anxiety’ as part of Antonio Pappano’s recording of the composer’s complete symphonies, which also garnered her high critical acclaim. Her latest solo album was released in October 2019, featuringworks by Stravinsky and Ravel and was awarded several top prizes incuding Diapason d’Or de l’Année and Choc de l’Année Classica in France. A Chopin album wil be released in the fall 2021.

In 2017, Beatrice started her own chamber music festival « Classiche Forme » in her native town of Lecce, Puglia. The festival has become one of Italy’s major summer events. She also became artistic director of the Orchestra Filarmonica di Benevento in 2020.

In June 2013, Beatrice won Silver (2nd Prize) and the Audience Award at the prestigious Van Cliburn competition. She had attracted international attention at 18, winning 1st Prize and all special prizes at the Montreal International Competition in 2011. A recipient of an impressive number of first prizes in national and international piano competitions, such as “Muzio Clementi” Competition, “International Piano Competition of the Republic of San Marino” and “Bang&Olufsen PianoRAMA Competition”. Born to a family of musicians in 1993, Beatrice Rana made her debuts as a soloist with orchestra at the age of 9, performing Bach Concerto in F minor. Beatrice began her musical studies at four and achieved her Piano Degree under the guidance of Benedetto Lupo at the Nino Rota Conservatory of Music in Monopoli, where she also studied composition with Marco della Sciucca. She then studied with Arie Vardi in Hannover and again with Benedetto Lupo at the Accademia di Santa Cecilia. She is based in Rome.