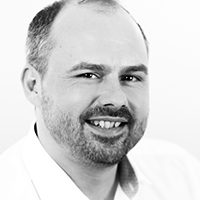 Amsterdam Sinfonietta was founded in 1988, with Lev Markiz as its first artistic director. Candida Thompson has been the orchestra’s concertmaster since 1995, as well as its artistic director since 2003. During the past seasons Amsterdam Sinfonietta has made international tours of Europe, China, South America and Australia. It has appeared at major venues such as the Barbican Hall in London, Cité de la Musique in Paris, the National Centre of Performing Arts in Beijing, Teatro Colón in Buenos Aires and the Konzerthaus in Vienna.

The ensemble comprises 22 string players who perform under the leadership of its concertmaster and artistic leader Candida Thompson. This approach to music-making, without a conductor, is what distinguishes the group from ‘regular’ chamber orchestras. It calls for an extremely intense degree of involvement from all the musicians. The repertoire covers a variety of styles, from baroque repertoire to contemporary works. Alongside performances of mainstream repertoire, the orchestra frequently champions unjustly neglected and new works. Amsterdam Sinfonietta has recently premièred compositions by Jörg Widmann, Thomas Larcher, John Zorn, David Lang, Sofia Gubaidulina, Joey Roukens, Tigran Mansurian, Kate Moore, Michel van der Aa, Sally Beamish and Dobrinka Tabakova.

Amsterdam Sinfonietta’s educational KleuterSinfonietta performances are enjoyed by thousands of young children in the Netherlands each year. The ensemble also organises the Sinfonietta Strijkersdagen [Sinfonietta String Players Days], giving young musicians the opportunity to participate in workshops and perform in public in specially formed string orchestras. And in 2017, an annual talent development programme was launched, a co-production with the Conservatory of Amsterdam, wherein Masters students are given the opportunity to rehearse and go on tour with the ensemble.

Within the past decade Amsterdam Sinfonietta has produced an impressive array of CDs under Candida Thompson’s leadership, in collaboration with the high-quality Channel Classics label. These include The Argentinian Album (2014), Tides of Life (2017), Bartók Brahms (2018) and Tchaikovsky Arensky (2019). Recently the orchestra has also recorded CDs for labels such as ECM, Sony Classical and Deutsche Grammophon.