The unique position in the intersection of cultures brings together Nordic, Western and Eastern musical traditions. Celebrating its 100th anniversary in 2026, the Estonian National Symphony Orchestra has become the most prominent orchestral ambassador of Estonia abroad. With Estonian Music Director and Chief Conductor Olari Elts and the Swedish born violinist Daniel Lozakovich, winner of the 2016 Vladimir Spivakov International Violin Competition (at the age of 15) the orchestra will go on a European tour. 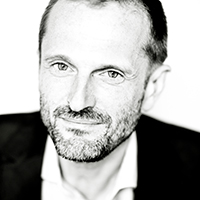 The Estonian National Symphony Orchestra (Eesti Riiklik Sümfooniaorkester, ERSO) – a vivid and versatile orchestra who’s always striving towards excellence. The unique position in the intersection of cultures brings together Nordic, Western and Russian musical traditions. Celebrating its 100th anniversary in 2026, ERSO has become the most prominent orchestral ambassador of Estonia abroad, powerfully increasing its international scope particularly in recent decades. Since the 2020/21 season, its Chief Conductor and Artistic Director is Olari Elts. Neeme Järvi, the longest-serving chief conductor of the ERSO, continues to cooperate with the orchestra as an Honorary Artistic Director for Life and the Artistic Adviser of the orchestra is Paavo Järvi.

The orchestra performs with renowned conductors and soloists from around the world, including, of course, most prominent Estonian musicians. ERSO’s CDs demonstrate a quality that has been recognised by several renowned music magazines and the orchestra has won several prizes, including a Grammy Award for the recording of cantatas by Sibelius. Its home venue is the Estonia Concert Hall in Tallinn and it has dazzled the world with numerous tours and participated in reputable international music festivals. They have played in prestigious venues such as the Konzerthaus Berlin, Musikverein in Vienna, Rudolfinum in Prague, Brucknerhaus in Linz, the Avery Fisher Hall (current David Geffen Hall) in New York, the Grand Hall of Saint Petersburg Philharmonia and the Concert Hall of the Mariinsky Theatre, the Kölner Philharmonie, the Helsinki Music Centre, Berwaldhallen in Stockholm, and many more. Some of the most recent festivals ERSO has attended include the Festival Radio France Occitanie Montpellier with Neeme Järvi and the Eufonie International Festival of Central and Eastern Europe in Warsaw under the baton of Olari Elts.

The orchestra has enjoyed fruitful cooperation with highly acclaimed record companies such as Chandos, BIS, Ondine and Onyx, and in the past also with Alba Records, Harmonia Mundi, and Melodiya. In addition to local radio and television channels, ERSO’s concerts have been broadcasted by Mezzo, medici.tv and they have also reached many radio listeners via the EBU. In 2020, the orchestra launched its own channel – erso.tv.

As for conductors and soloists, ERSO is fortunate to perform with the very best from all around the world, including front-rank Estonian musicians. Commanding a repertoire that ranges from the Baroque period to the present time, the ERSO has had the honour to premiere symphonic pieces by almost every Estonian composer, including Arvo Pärt, Erkki-Sven Tüür, Jüri Reinvere, and Eduard Tubin. 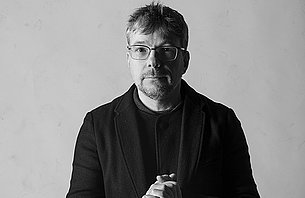 Olari Elts’ passion for distinctive programming rich with invention has earned him much praise on the international music scene. He began his tenure as Music Director and Chief Conductor of the Estonian National Symphony Orchestra in 2020. Since 2018, he is also Artistic Advisor of the Kymi Sinfonietta.

As a champion of contemporary Baltic composers such as Erkki-Sven Tüür and Heino Eller, Elts has released recordings of Heino Eller’s Symphonic Poems, as well as Eller’s violin concerto with Baiba Skride and the Estonian National Symphony Orchestra. Also widely celebrated by critics are his Ondine recordings of Erkki-Sven Tüür works with Tapiola Sinfonietta, including the viola concerto with Lawrence Power, Tüür’s Symphony No. 5 for electric guitar, orchestra, big band and the accordion concerto Prophecy with the Helsinki Philharmonic. His 2016 recording of Brahms’ arrangements (Glanert, Berio) with Helsinki Philharmonic Orchestra also received high praise. Elts’ discography includes the Borgström and Shostakovich violin concertos with Eldbjørg Hemsing and the Wiener Symphoniker under the BIS label, and Poul Ruders Symphony No.5 with the Danish National Symphony Orchestra by Bridge Records. His recently released an album with music by Kalevi Aho, recorded with the Antwerp Symphony Orchestra.

Elts also made his mark in the opera field, having conducted titles such as Eugene Onegin, Mozart’s Don Giovanni and Idomeneo and Berlioz’s La Damnation du Faust. Crossing genres, Elts toured to the Konzerthaus Berlin with the theatre-concert production which combined Mendelssohn and Shakespeare’s “Midsummer Night’s Dream” with the Tallinn-based theatre company NO99. For Bernstein’s 100th anniversary, Elts conducted the film “On the Waterfront” with Orchestre Philharmonique du Luxembourg. 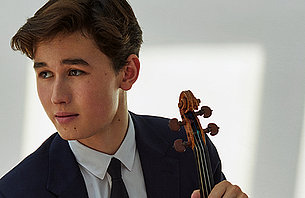 As a touring artist he has undertaken engagements in Japan and Asia with Valery Gergiev, and the hr-Sinfonieorchester under Andrés Orozco-Estrada. In spring 2022, he made his debut with the Chicago Symphony Orchestra, Pittsburgh Symphony Orchestra, The Philadelphia Orchestra and London Philharmonic Orchestra.

Aged 15, Lozakovich signed an exclusive recording contract with Deutsche Grammophon, and in 2018 released his debut album of Bach’s violin concerti and the solo partita No. 2. The album reached number 1 in the music category of the French Amazon charts and the classical album charts in Germany.“None but the lonely heart”, Lozakovich’s second album, was released in 2019. Dedicated to Tchaikovsky, it includes the Violin Concerto, and the disc was recorded live with the National Philharmonic of Russia and Spivakov. Lozakovich’s third album, released in 2020, centres on the Beethoven Violin concerto, again recorded live, with the Münchner Philharmoniker, together with Lozakovich’s close artist partner and the orchestra’s Chief Conductor, Valery Gergiev, and released as an audio album and e-video, in the 250th Beethoven anniversary year. An incredibly significant project to Lozakovich, who regards the concerto as one of the all-time greatest concerti ever written, the album reached the streaming release charts on Spotify and Tidal.

Lozakovich has been awarded many prizes including 1st prize at the 2016 Vladimir Spivakov International Violin Competition and “The Young Artist of the Year 2017” award at the Festival of Nations, the Premio Batuta Award in Mexico, and the Excelentia Prize under the honorary presidency of Queen Sofia of Spain. Lozakovich studied at the Hochschule für Musik Karlsruhe with Professor Josef Rissin from 2012, and from 2015 has been mentored by Eduard Wulfson in Geneva. Daniel Lozakovich plays the “ex-Baron Rothschild” Stradivari on generous loan on behalf of the owner by Reuning & Son, Boston, and Eduard Wulfson and plays the Stradivarius Le Reynier (1727), generously loaned by LVMH / MOET HENNESSY. LOUIS VUITTON. 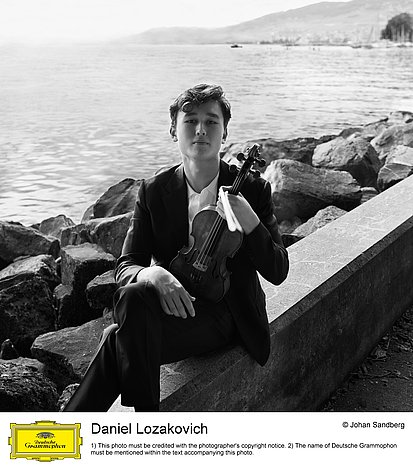